The AD 79 eruption of  the Vesuvius is probably the most well-known in the world, but there are some un-known facts about Pompeii and its famous eruption that are still a mystery! Come and discover them with me! 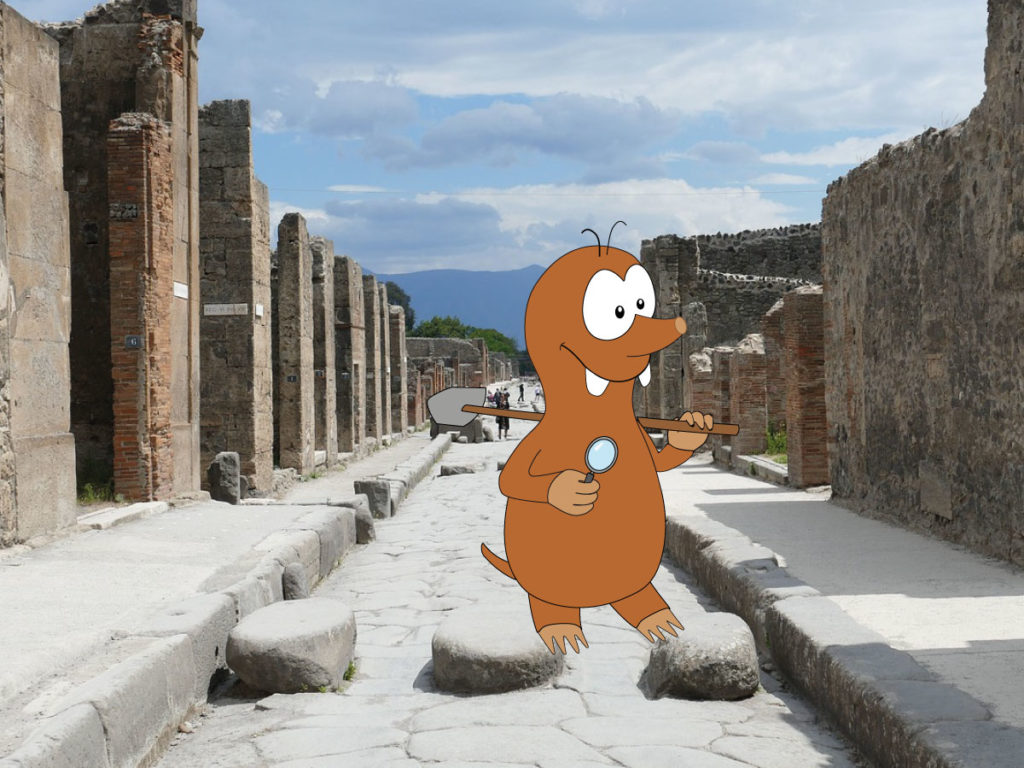 Pompeii, with its notorious eruption, hides a lot of interesting facts that kids are always eager to know. That’s why I love running my Tapsy Tours in this archaeological site and telling kids the most mysterious facts about Pompeii that only a few moles like me know!

Keep reading to discover the most explosive facts about the famous Vesuvius’s eruption that completely changed Pompeii.

1. THERE WASN’T ANY VOLCANO IN POMPEII

2. IT WASN’T THE VESUVIUS DESTROYING POMPEII

In AD 79  the Vesuvius didn’t exist yet, what erupted was the Mount Somma, that after the eruption lead to the creation of a new vulcano called Vesuvius. Since then, the complex was recalled Mount Somma-Vesuvius. However, the famous vulcano it is commonly known just as the “Vesuvius”. 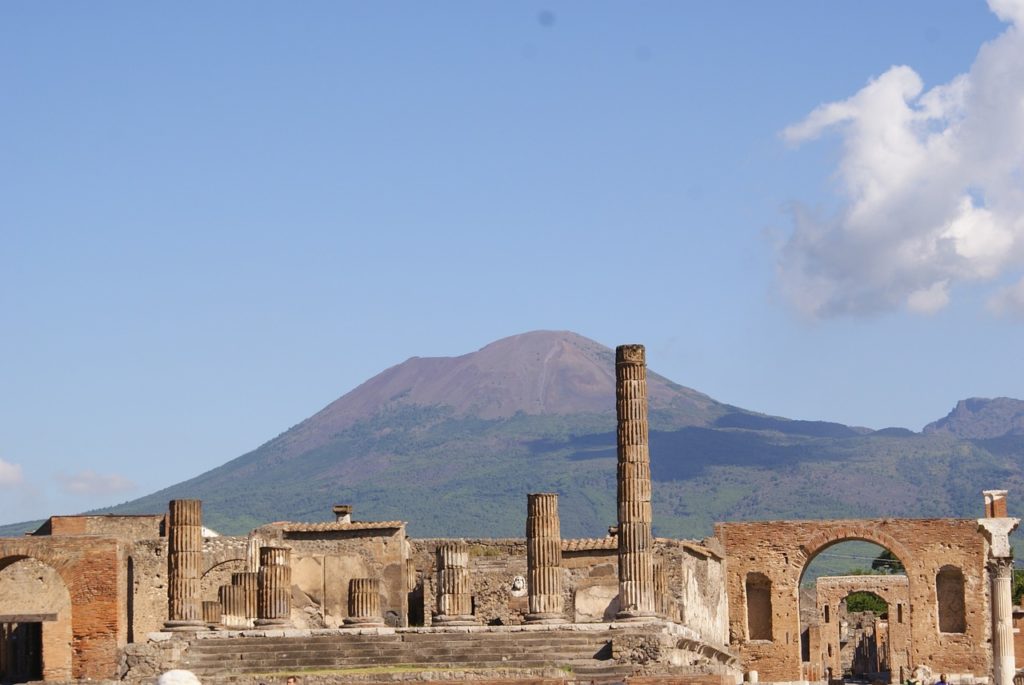 3. SOCIAL NETWORKS AT THE TIME

Although the computer and the Internet weren’t invented yet, Pompeii inhabitants had their own way to share gossip, insults, electoral advertisement and poems: the walls! These graffiti gave us the chance to discover a lot of interesting facts about Pompeii and its inhabitants. Take part to the Tapsy Tour of Pompeii to explore them with your kids!

4. POMPEII WASN’T DESTROYED IN A DAY

Before and after AD 79 the area of Pompeii went through other several destructive eruptions. However, only a few and more recent ones came to us, like the one in 1631, that was actually twice more destructive than the AD 79 one! The last eruption ? It was in 1944 and the Vesuvius has been dormant since then! 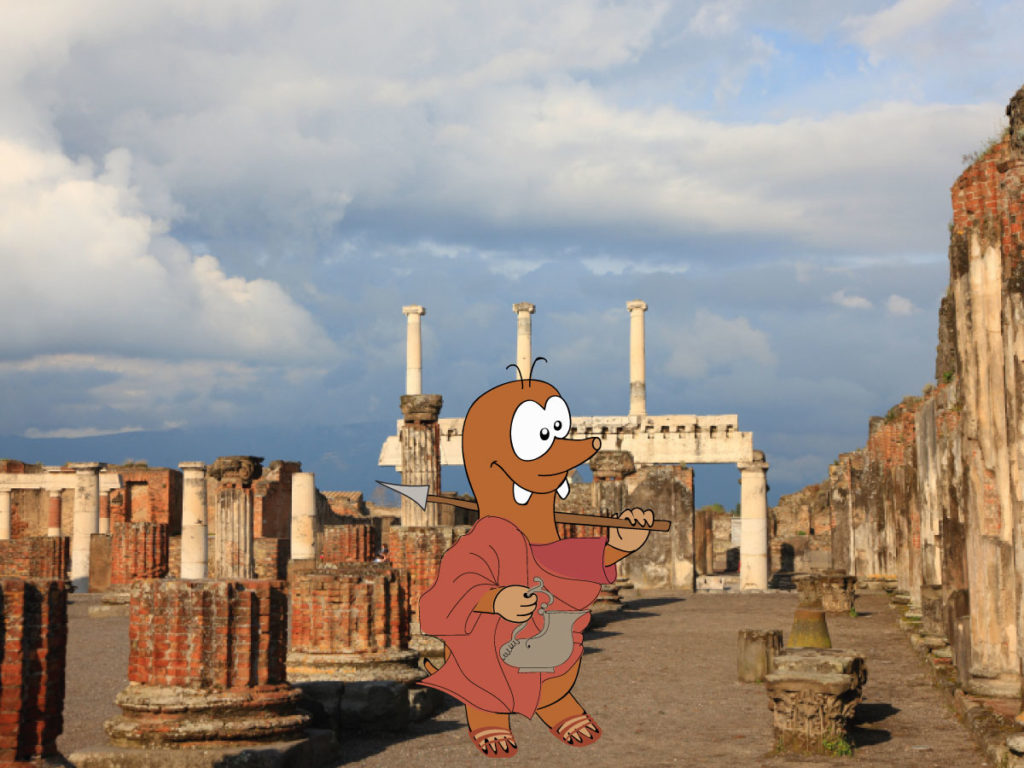 5. THE DATE OF THE ERUPTION IS WRONG

One of the most mysterious facts about Pompeii is related to the exact date of the eruption. In fact, it has always been dated back to AUGUST 24th. However, recent discoveries seem to re-date it even some months later, in late OCTOBER!

6. THE MOST DANGEROUS VOLCANO IN THE WORLD 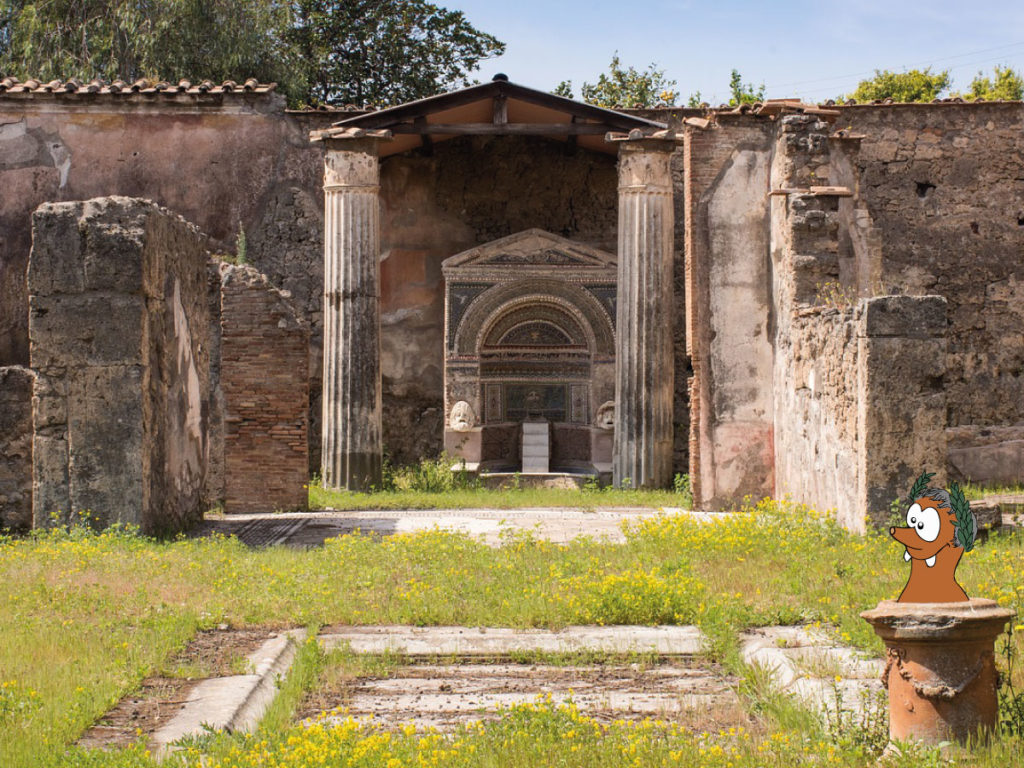 To explore this mysterious archaeological site in an engaging way for the whole family, take part to my Tapsy Tour of Pompeii. Through a children entertainer, running games related to the history of Pompeii and a kid-friendly guide, enriching the tour with interesting historical references, you will experience an innovative, fun and educational tour!