There are many interesting facts about Leonardo Da Vinci that most kids and adults don’t know. Are you ready to discover them with me? A painter, an inventor, a scientistic. Leonardo Da Vinci is one of the most versatile and intriguing personalities of the Italian landscape. That’s why I have dedicated the Tapsy Tour of Florence to all those families with kids curious to discover both his renowned and secret productions.

He was the first who managed to understand that, by observing the number of rings inside the trunk of a tree, you could estimate its age. Leonardo Da Vinci never went to school. He instead received informal instruction at home, studying maths, science and many other subjects. The Code Leicester, the 72 page manuscript containing several studies about the moon, the light and water, was purchased in 1990 for $40 million. Who bought it? One of the richest man ever obviously: Bill Gates!

5. WORKS OF ART FOR EVERYBODY

Leonardo da Vinci produced an extensive collection of invention plans, paintings, jokes and much more during his life. It has been calculated that the total amount is around 6,000 pieces! They are widespread all over the world, but the good news is that Florence hosts a great collection of his works. Join the Tapsy Tour of Florence to discover them with me! Leonardo was ambidextrous, which means that he could write and paint with both hands. Could it be the secret reason of his genius? 8. NO SECRETS FOR THE GENIUS

According to a popular belief, Leonardo used some tricks, like writing from right to left, to keep his studies secret. However, there are no evidences of this purpose. Following a more probable theory, as he was a left-handed person and was never taught how to properly write with his left hand, he found his own way to take notes and write world-wide famous essays.

Leonardo was the first one to discover that the main function of the heart is to pump blood thorough the body. Before then, most people believed it was meant to warm up blood. In 2019 Leonardo Da Vinci’s 500th anniversary will be celebrated in Italy. Read the ITALY WITH KIDS, THE EVENTS FOR LEONARDO DA VINCI’S 500TH ANNIVERSARY: TAPSY’S GUIDE article to discover the best events to attend with kids. 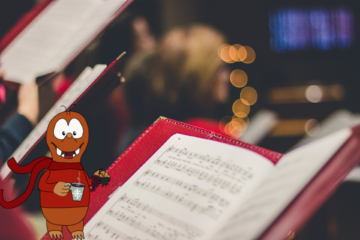 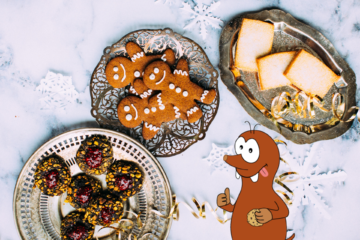 Free things to do in Rome with kids: Tapsy’s Guide

So many free things to do in Rome with kids! Ready to discover them all? Come with Tapsy and the Eternal city will have no more secrets for you family! Autumn in Rome is something Read more…