Come to Saint Petersburg with kids to discover one of the most fascinating cities of oriental Europe! St Petersburg is so beautiful and huge, so why not do a Tapsy Tour to discover it in all its beauty? Some cities are more fascinating than others, and St Petersburg is certainly one of them.

Huge, impressive, colorful, beautiful, so many words to describe it!

If you are planning to visit Saint Petersburg with kids, summer could really be the best moment. Temperature is great and so the chances to get some sun out!

And guess what? You can run a Tapsy Tour with me! Exploring the city together will be so fun, I can guide and tell you secrets, tips and curiosities about this amazing place.

Here it is what we are going to see!

WELCOME TO SAINT PETERSBURG WITH KIDS!

Legend says the city was built in the sky and, once finished, it literally landed on earth! This makes Saint Petersburg such a magical city! A huge sphinx welcomes you to the city, it is unusual to find it in such a freezing place, isn’t it? It is one of the oldest monuments of the city.

This island welcomes you if you come from the sea! You can recognize it from the huge red columns of 32 meters, they were the old lighthouses and point out the presence of the island to the ones who came by boat. This amazing fortress has been built by Peter The Great, it is a walled citadel. Inside the walls you will admire St Peter and Paul’s Cathedral, the oldest city in town. A legend says that as long as the angel who stays on the top of the church remains at its place, the city will be safe and sound! When in Saint Petersburg with kids, don’t miss it!

Have you ever seen a retired war ship? Here it is! Aurora is a floating museum since 1956, but before it was one of the strongest ships of Russian army! From this ship a cannon shot started the Russian Revolution. Another legend for you! In this church, a fortune teller told to the Tsar Alexander II he would have died after the 7th attempt to his life. He actually died, but at the 8th attempt!

A huge bronze statue devoted to Peter The Great! Another legend says that until the statue stays into the city, no one will attack it! The statue is really heavy and comes from outside the city. It took a very long time to bring it, because the sleigh could do only 150 meters each day! This huge street is the main one in St Petersburg and it was built at the beginning of the XVIII century and today is one of the most visited places in the city, like the Champs Elysées in Paris!

This is the most impressive orthodox oriental church, with one of the largest diameters in the world. It contains 400 kilogram of gold, 16 tons of malachite and 500 kilogram of lapis lazuli! Do you know that St Petersburg has the tallest European building? Its name is Lakhta Center and it’s 462 mt tall! 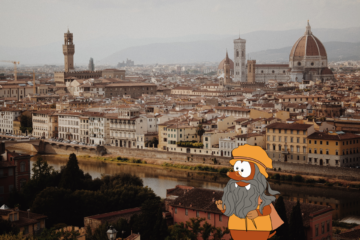 Florence is the perfect place for a family weekend getaway, so what are you waiting for? Let’s start planning the perfect holiday with kids in Italy. Follow the mole! You will never-ever get bored to Read more… 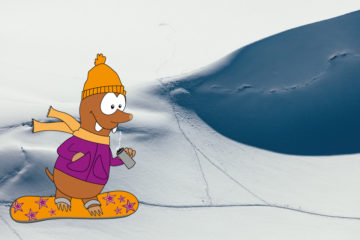 Skiing with kids in Italy, where to go: Tapsy’s guide

Looking for places to go skiing with kids in Italy? You can choose a wide range of beautiful options, from north to south. Come with Tapsy!   Do you know a better way to start Read more… 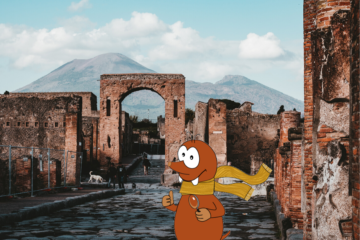