If you are looking for a kid-friendly festival in Barcelona, you can’t miss Les Festes de Santa Eulàlia! Are you ready to discover it with me? 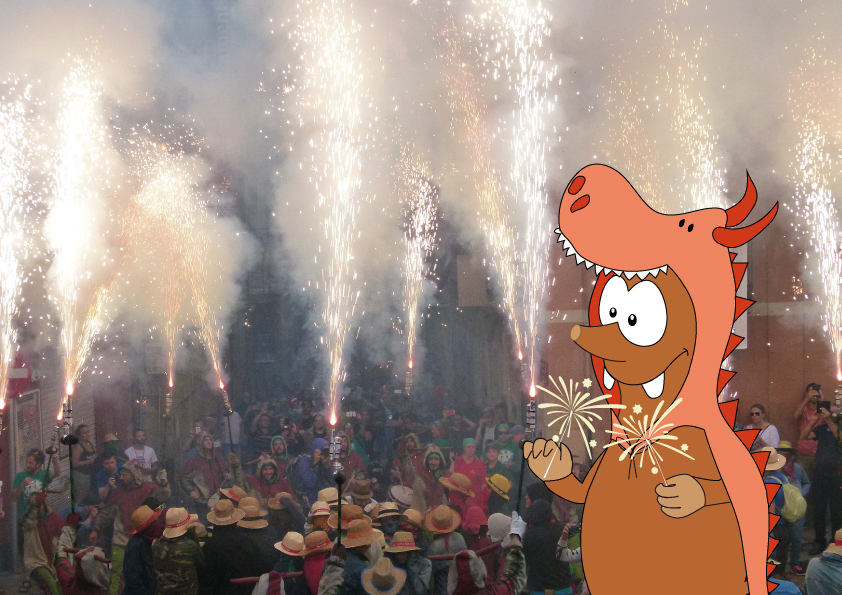 Santa Eulalia festival in Barcelona, with its calendar full of traditional activities tailored to families with kids, it’s one of the most TAPSYcious events in Spain! The perfect match? The Tapsy Tour of Barcelona, to discover the history of the Catalan city in a kid-friendly way as well!

Why is Santa Eulalia Festival in Barcelona considered one of best festivals for families with kids in Spain? Because, during this street festival, many traditional activities to engage children of all ages are organized. One of the entertainments of Santa Eulalia Festival in Barcelona that kids like the most is the parade, so special to be even protected by the UNESCO. From the “correfoc” fire-works-breathing dragons, to the “castellers” human towers and the ”sardanas” folk dances, the whole family will be amazed by this unique Catalan tradition. TAPSYlicious, isn’t it? 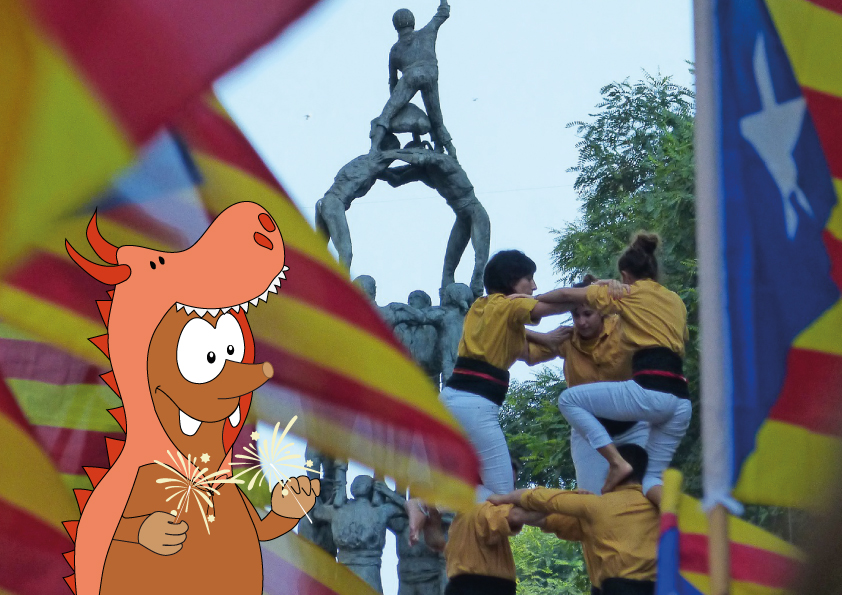 If you want to read the detailed program of Santa Eulalia Festival in Barcelona, check on the Ajuntament de Barcelona website.

THE ORIGINS OF SANTA EULALIA FESTIVAL IN BARCELONA

According to the tradition, Santa Eulalia Festival in Barcelona finds its origins in the courage of the 13 year old Eulàlia, the Saint that became a symbol of justice in the 3th century. Eulàlia, also known with the diminutive of “Laia”, strongly opposed the persecution of Christians in Spain, going through several tortures, 13 to be precise. After a while, she earned the title of Santa (Saint) Eulalia and her remains were buried in the Cathedral of Barcelona, dedicated for this reason to her.

At the end of the 20th century, a festival in Barcelona to the celebrate Santa Eulalia and La Mercè co-patron saint started to be held in mid February. Since then, every year, more and more traditional activities (especially the ones oriented to kids) started to be added to the program. 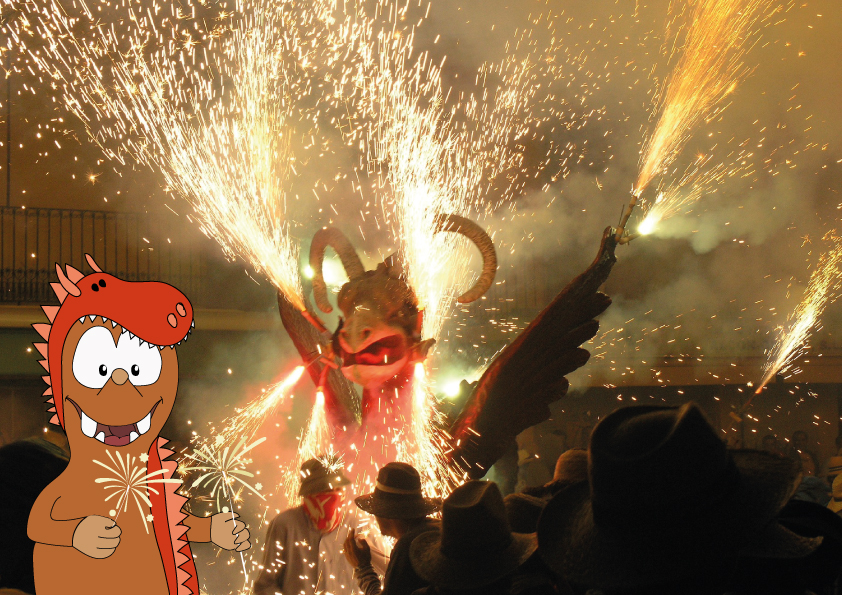 Santa Eulalia festival in Barcelona thus became the TAPSYcious event that kids love to celebrate, especially after discovering the whole history of Santa Eulalia with the Tapsy Tour of Barcelona!

DATES AND LOCATION OF SANTA EULALIA FESTIVAL IN BARCELONA

Santa Eulalia Festival takes place every year around February 12th. In 2019, as is tradition, it will be held from February 8th to February 12th and there will be activities from 10am to 8pm.

The price: is absolutely FREE! What are you waiting for then?

As usual, the location of Santa Eulalia Festival will be the Barrio Gotico, one of the most intriguing districts in the city. As you might have understood, this area is really worth a visit. And what’s the best way if not with a kid-friendly tour like the Tapsy Tour of Barcelona? 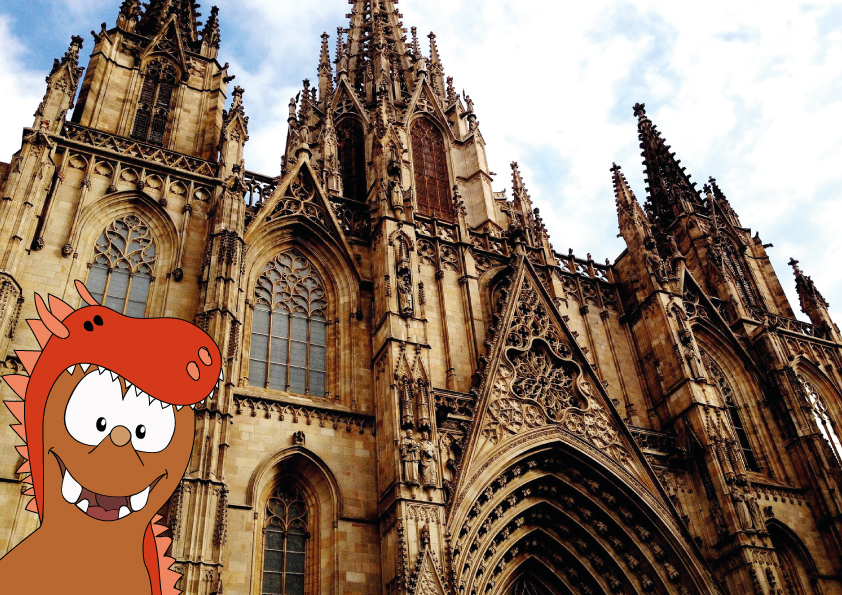 Need more tips to organize your family trip to Barcelona? Have a look at my kid-friendly 4 day travel itinerary to Santa Eulalia patronal city and get ready to have fun with me!

[…] Tapsy tour of Barcelona with me, one of the things I will tell you about will be the legend of the goose of St Eulalia. They will sure take your attention when you get inside the cloister of the main Cathedral, as […] 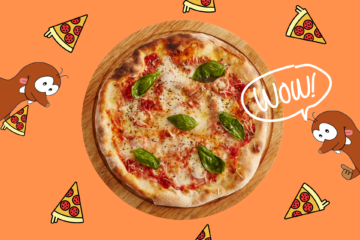 Best pizza in Rome to enjoy with kids: Tapsy’s guide

And the best pizza in Rome is…. follow Tapsy to discover some delicious spots in town to enjoy with your kids! Why pizza is so famous? Because it is deliciooooous! And it is that kind Read more… 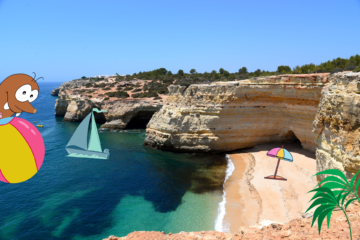 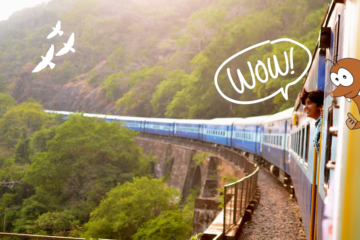