Travelling to Pisa with kids means exploring a world full of culture, good food and fun! Are you ready to discover the best of the town in just 24 hours? 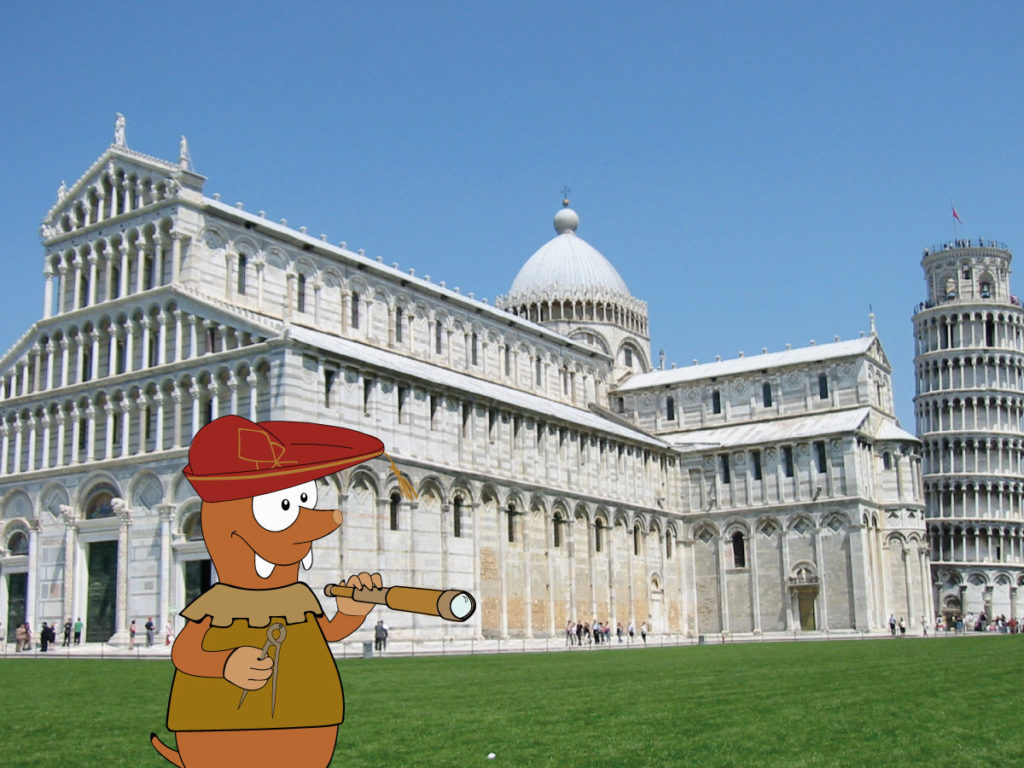 Pisa and its Leaning Tower are a must-see in Italy, above all if your travel mates are kids. Follow me in the travel itinerary tailored to families with kids!

Start your tour from Porta Nuova with the astonishing and unique glimpse of the Square of Miracles!

This square, a UNESCO World Heritage Site since 1987, boasts one of the most famous tourist attractions in the world: the Leaning Tower!

Although The Tower is usually the main reason to come to this square, as you get here you will be amazed by the incredible view of the whole complex of the Square of Miracles: The Florence Baptistry, The Monumental Cemetery, The Cathedral and of course…The Tower!

The Florence Baptistry, also known as the Baptistry of Saint John, is a religious building and a splendid mix of Romanesque and Gothic style.
TOP CURIOSITY: high school students believe that, if they touch the bronze lizard of the front door of the Baptistery 100 days before their final examination, it will bring them good luck! The number of students following this tradition has been so high over the years that, to avoid the lizard being ruined, the area has been protected even with barriers! 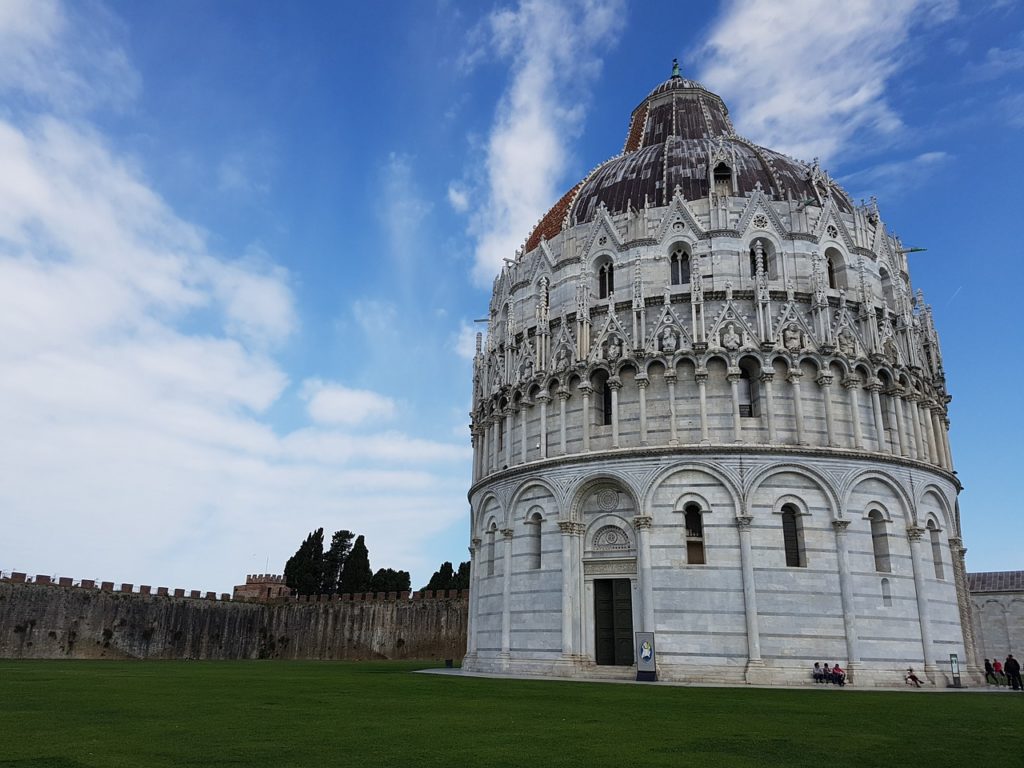 The Monumental Cemetery is more than a simple cemetery, is an artistic masterpiece! Around 1300 the walls of the cemetery started to be decorated with almost 2000 square meter of frescoes and, although during the Second World War most of them were damaged, some of them are still visible and worth seeing!
TOP CURIOSITY: the cemetery is also know as “camposanto”, which means “holy field”. This name is due to a popular belief according which the crusaders brought the soil to make the central courtyard from the hill where Jesus was crucified! 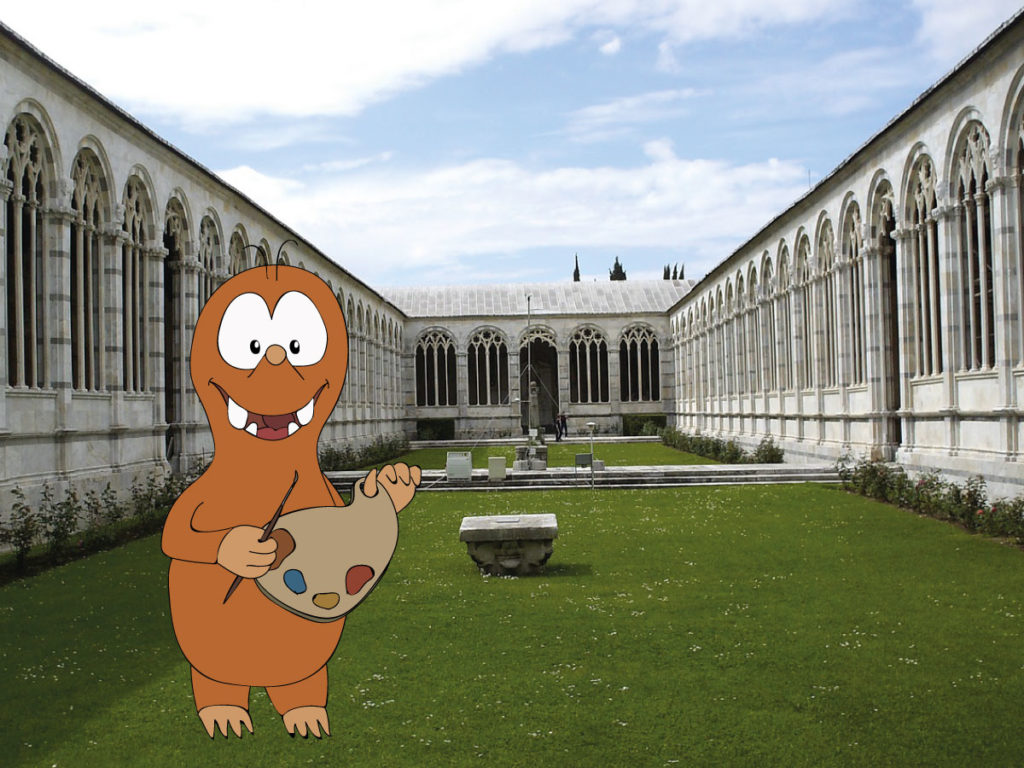 The Cathedral of Pisa is a wonderful medieval church built between 1063 and 1092 to celebrate the power of the Republic of Pisa. It is a splendid example of Romanesque architecture, with a unique and world-wide known bell tower! 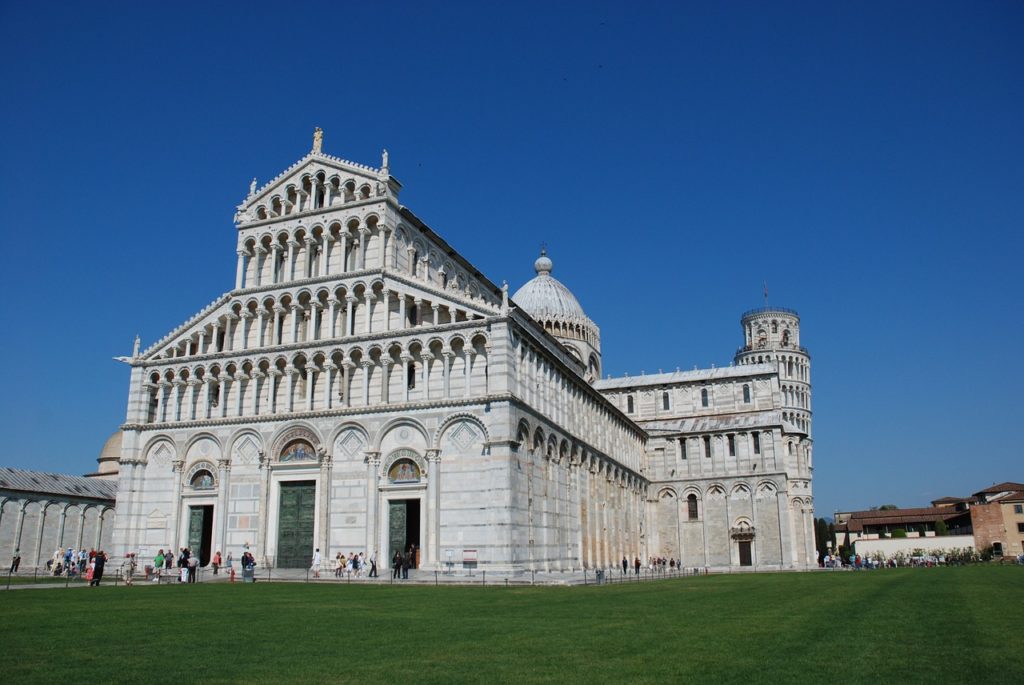 The Leaning Tower of Pisa, or “La Torre”, as the inhabitants of Pisa call it, is the bell tower of the Cathedral of Pisa. Its construction started in 1173, but it took almost 2 centuries to complete it. Over the centuries, many specialists got involved in its precarious stability, and some of them even made the situation worse! Don’t worry, according to major experts, The Leaning Tower will remain stable at least for the next 300 years!
TOP CURIOSITY: It is said that Galileo, to demonstrate his theory of falling bodies, dropped two spheres of different masses from the Tower of Pisa. 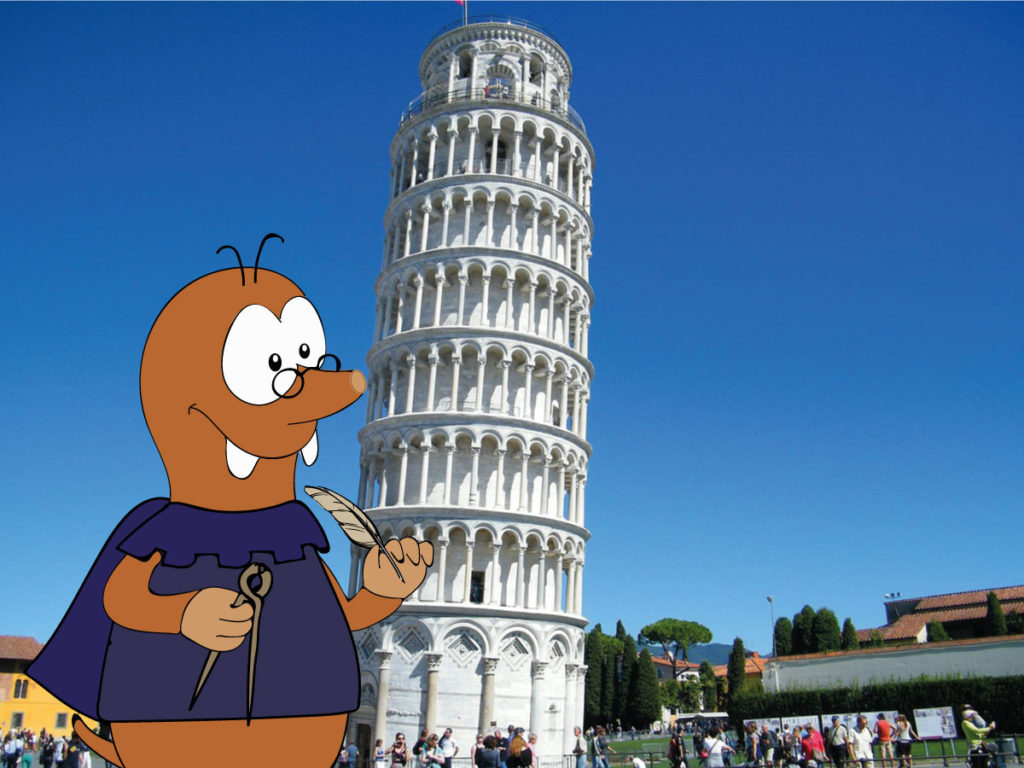 This square has been playing different key roles during millennia: in Roman age it was the ancient harbor, in Medieval times it was the heart of the town and nowadays it hosts one of the most famous university in Italy: the Scuola Normale di Pisa.

If you want to experience with your kids an innovative approach to explore the highlights of Pisa, take parte to the Tapsy Tour of Pisa! A kid entertainer, with the support of a booklet of Pisa full of riddles and songs, will involve kids in games inspired by the history of the city! In the meanwhile, adults will have the chance to enjoy the cultural references of the experienced and kid-friendly guide! Contact me to discover more about my tours! 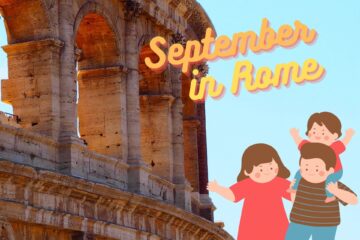 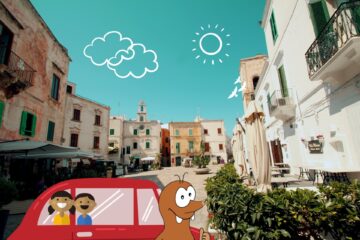 Italy on the road with kids: Tapsy’s itinerary 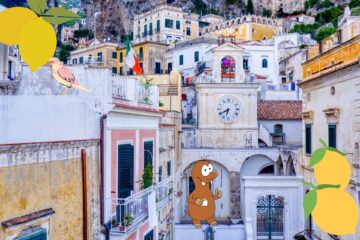